Professor Marc Hauser of Harvard University, author of a range of articles, is now accused of research misconduct. Among his publications (these specific articles are not being criticized, that we know of): 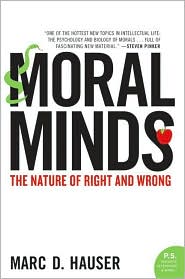 The Boston Globe reported yesterday that:

Harvard University psychologist Marc Hauser — a well-known scientist and author of the book “Moral Minds’’ — is taking a year-long leave after a lengthy internal investigation found evidence of scientific misconduct in his laboratory…. He is writing a book titled “Evilicious: Explaining Our Evolved Taste for Being Bad.’’