Can music encourage seeds to sprout? According to research published in the Journal of Alternative and Complementary Medicine, Volume 10, Number 1, 2004, pp. 113–122, the answer is yes. 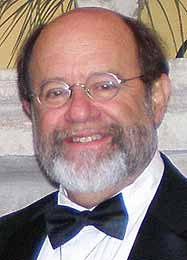 Gary E.R. Schwartz, Professor of Psychology, Neurology and Psychiatry, at the University of Arizona performed a set of experiments with colleague Katherine Creath, Ph.D. (Optical Science), Ph.D. (Music), to determine the sprouting rates of black zucchini squash (Cucurbita pepo) and Clemson spineless okra (Hibiscus esculentus / Abelmoschus escenlentus) seeds when exposed (or not) to a 74-minute musical CD. [ comprised of selections from albums by R. Carlos Nakai and Paul Horn (Horn and Nakai 1997; Nakai 1992) ] Results from a team of sprout-counters over a 60 hour timeframe showed that seeds which were exposed to the music (as opposed to a constant pink-noise source) tended to sprout more prolifically – though the effect was consistently larger in the okra than in the zucchini.
Another branch of the experiment exposed similar seeds to a ‘healing energy’ field treatment instead of music.

“A treatment consisted of (1) consciously connecting to the seeds, (2) focusing intention for the seeds to germinate faster than the controls, (3) asking for energetic structures to enable this, (4) letting all energetics necessary for this to flow, (5) help from divine consciousness to integrate and ground this energy, and finally (6) becoming an open channel for divine energy to flow through.” [ see photo, right ]
Again the results were positive. “The effect was consistent, replicable, and highly significant with p < 0.0001.”   To sum up, the investigators conclude that :

“This group of experiments indicates that both the musical sound and healing energy used in this study had replicable and significant effects on the germination of two different types of seeds when compared to an untreated control.

The paper can be read in full here