This week’s That’s One Way of Looking At It conclusion appears in a press release from the University of Haifa. (Thanks to investigator Scott Langill for bringing this to our attention). It says: 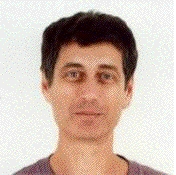 Bees prefer nectar with small amounts of nicotine and caffeine over nectar that does not comprise these substances at all, a study from the University of Haifa reveals. “This could be an evolutionary development intended, as in humans, to make the bee addicted,” states Prof. Ido Izhaki, one of the researchers who conducted the study.