One might almost think there are people who track every conceivable kind of information. Today’s evidence for this notion, from something named “The Universal Record Database”: 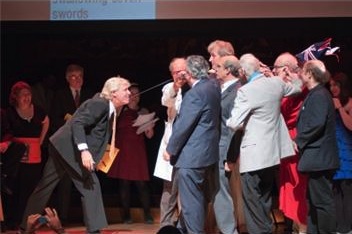 The photo, and the action it shows, is from the 2009 Ig Nobel Prize ceremony.