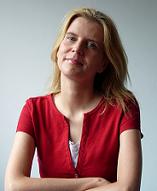 Which body parts do students pay attention to when they size up their rivals in romance? Pieternel Dijkstra and Bram Buunk went to a university library to find the answer. They handed out survey forms to students who were there studying books or studying each others’ body parts.

A monograph called Sex Differences in the Jealousy-Evoking Nature of a Rival’s Body Build, published in 2001 in the journal Evolution and Human Behavior, tells what Dijkstra and Buunk learned from this endeavour. The two psychologists, based at the University of Groningen in the Netherlands, begin by summarising the state of knowledge in their field. Everyone’s ultimate goal: clear up the mysteries of romantic rivalry and jealousy….