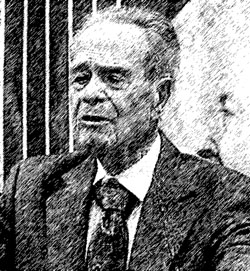 “According to traditional wisdom, the efficiency of a sanitation department should not be measured by the amount of garbage it picks up, but instead by what is left behind. This axiom came to mind regularly as I reviewed and reflected on “Fraudulent Financial Reporting: 1987–1997 An Analysis of US Public Companies,” a report commissioned by the Committee of Sponsoring Organizations of the Treadway Commission (COSO)….

“Most certainly had the authors of the study sensitized their olfactory organs they would have
realized that the garbage, which they thus picked up for their arithmetic recycling, was not representative of the really stinking stuff which is contaminating the accounting and financial reporting environment.” 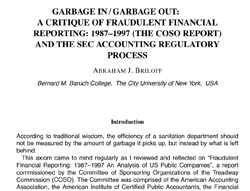 (That’s an excerpt from the article “Financial Meltdown,” Published in AIR 15:3.)