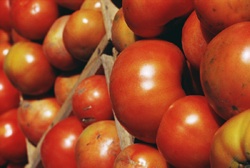 This essay originally appeared in the February 1958 edition of Astounding. The dates in this version have been modified (all dates plus 50 years).

Informers reliably inform that of all known American Communists ninety-two point three percent have eaten tomatoes. Eighty-four per cent of all people killed in automobile accidents during the year 2004 had eaten tomatoes.

Those who object to singling out specific groups for statistical proofs require measurements within in the total. Of those people born before the year 1850, regardless of race, color, creed or caste, and known to have eaten tomatoes, there has been one hundred per cent mortality! …

So begins an essay originally published in 1958. (Thanks to Dan Eastwood for bringing it to our attention. Eastwood named his blog in honor of the essay.)