Douglas Hofstadter (in his book Le Ton beau de Marot, and again in a lecture at Stanford University) described Einstein’s theory of relativity, using only one-syllable English words. Here’s the beginning of his talk: 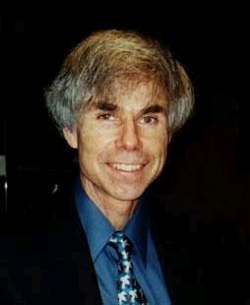 And it was old One Stone, too, who first guessed and then showed that the Pull Down on all things — the Pull that gives us weight, the Pull toward the ground that we feel at all times — is not a true pull at all, but what is known as a “fake pull” — the same kind of pull
as pulls things from the hub toward the rim of a wheel that spins. Such pulls are called “fake” since they all go up in smoke when you make a shift in what you deem to be “at rest”. Though but a shift in your head — though but a trick in how you look at things — such a shift casts all things in a new light. Mind you, fake pulls are not like most pulls, for they make all things, be they great or slight in weight, pick up speed at one and the same clip (a truth most odd, in truth). Thus, since the Pull Down on all things is this way, old One Stone was tipped off that he might try to see it as a fake pull. No one else had thought to do this, though it had been plain as day for all to see for scores of years.

(Thanks to Martin Poulter for bringing this to our attention.)