2007 Ig Nobel Economics Prize winner Hsieh Kuo-cheng — who was feared to be dead or missing — is alive and well. And apparently, he is pleased at winning an Ig Nobel Prize. A November 5 Taipei Times article reports: 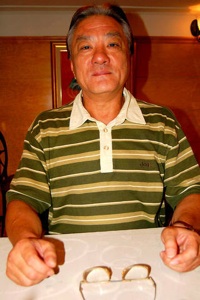 Imagine this: A robber goes into a bank with a gun and threatens to kill anyone who moves. He tries to flee after grabbing the money. While the robber is scurrying out the door, however, a net drops from the ceiling and the robber is wrapped up like a dumpling.

Similar scenarios have already appeared in comic books and movies, but up until now that is where they have stayed.

But Hsieh Kuo-cheng (???), who owns a security firm in Taichung, was able to turn this seemingly fantastic idea into reality. He is now known as the inventor of the net-trapping device, also known as (tienlotiwang, ????) in Chinese, which became a US patented product in 2001.

The device also came to the attention of the Annals of Improbable Research magazine, the organizer of the annual Ig Nobel Prize. The magazine eventually decided to recognize Hsieh as this year’s Ig Nobel Prize winner in economics.

The list of this year’s award winners was released at a ceremony held in Boston last month. Hsieh, however, could not attend the event because the committee was unable to find him in time for the awards.

“Somebody suggested to us the possibility that maybe the poor man was trapped inside his own machine,” magazine editor Marc Abraham said at the ceremony.

The mysterious Hsieh eventually appeared after the story of his Ig Nobel Prize was published in local Chinese-language daily newspapers.

The 56-year-old Hsieh said in an interview with the Taipei Times that the creation was inspired neither by comic books nor novels. As a former commander of an amphibian frogman unit in Kinmen, Hsieh said they used to set up traps similar to the device to capture Chinese spies swimming to the island to engage in espionage work.

Hsieh established a security firm in Taichung after he was discharged. He was the bodyguard of former premier Hau Pei-tsun (???) when Hau ran as an independent presidential candidate in 1996.

Eight years ago, Hsieh began to research the possibility of creating an automatic system that would capture robbers and thieves using a big net. Not knowing if it would be feasible, he sought the assistance of scientists in both Taiwan and China and spent more than NT$20 million (US$617,000) on the project.

“The whole world was against it [the project], including my wife,” he said.

“Money was not really an issue to me,” he said. “All I know is that crime rates are rising everywhere, and the device, once created, can be sold around the globe.”

The device was eventually created and has proven to be workable after two years of testing in Shanghai.

Hsieh said that the device will be installed above the entrance to banks.

When a robbery occurs, the bank staff can press a button on a remote control to activate the system. The system will lock onto and trace the robbers, unleashing a net from above when he or she gets close to the entrance.

He said the device is also equipped with a high-speed lifting motor, which will allow a rope to quickly tie up the robber and suspend him above the ground with his body upside down.

Hsieh noted that the device has not been installed anywhere, as it is yet to be mass produced. 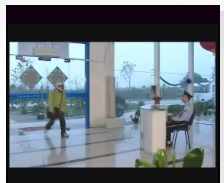 Dan Bloom, the Ig Nobel Prize representative in Taiwan, said he thought Hsieh was chosen because his invention was so unfathomable that the committee wanted to know why he was willing to go through the trouble of creating the system.

“The concept [of a net-trapping device] just blew them away,” Bloom said.

Bloom said that organizers will invite Hsieh to Boston next year to be officially recognized.

You can view a video demonstration of the system by going to webcf.info/ and clicking play on the video insert. [Or click on the image to the right here.] Or see below.