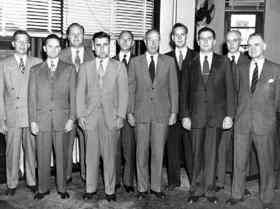 Pendry and Carrick’s first insight, though small and unshocking, is technically unprecedented in the annals of psychology. They got it by recruiting run-of-the-mill, non-punk, non-accountant individuals, and asking them sly questions. The answers, Pendry and Carrick say, “revealed that a category strongly associated with non-conformity was that of punks; whereas for conformity, a popular group was that of accountants”….