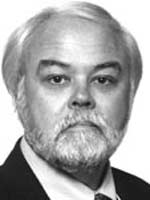 Can music juice up your immune system? Can frequent sex? Several years ago, psychology professor Carl Charnetski attended a meeting where he heard someone mention a chemical called “immunoglobulin A”. Charnetski immediately began an ambitious research programme which, so far, has involved immunoglobulin A, music, journalists, sex, and the spit of many persons. For this, he and his colleagues were awarded the 1997 Ig Nobel Prize in Medicine….