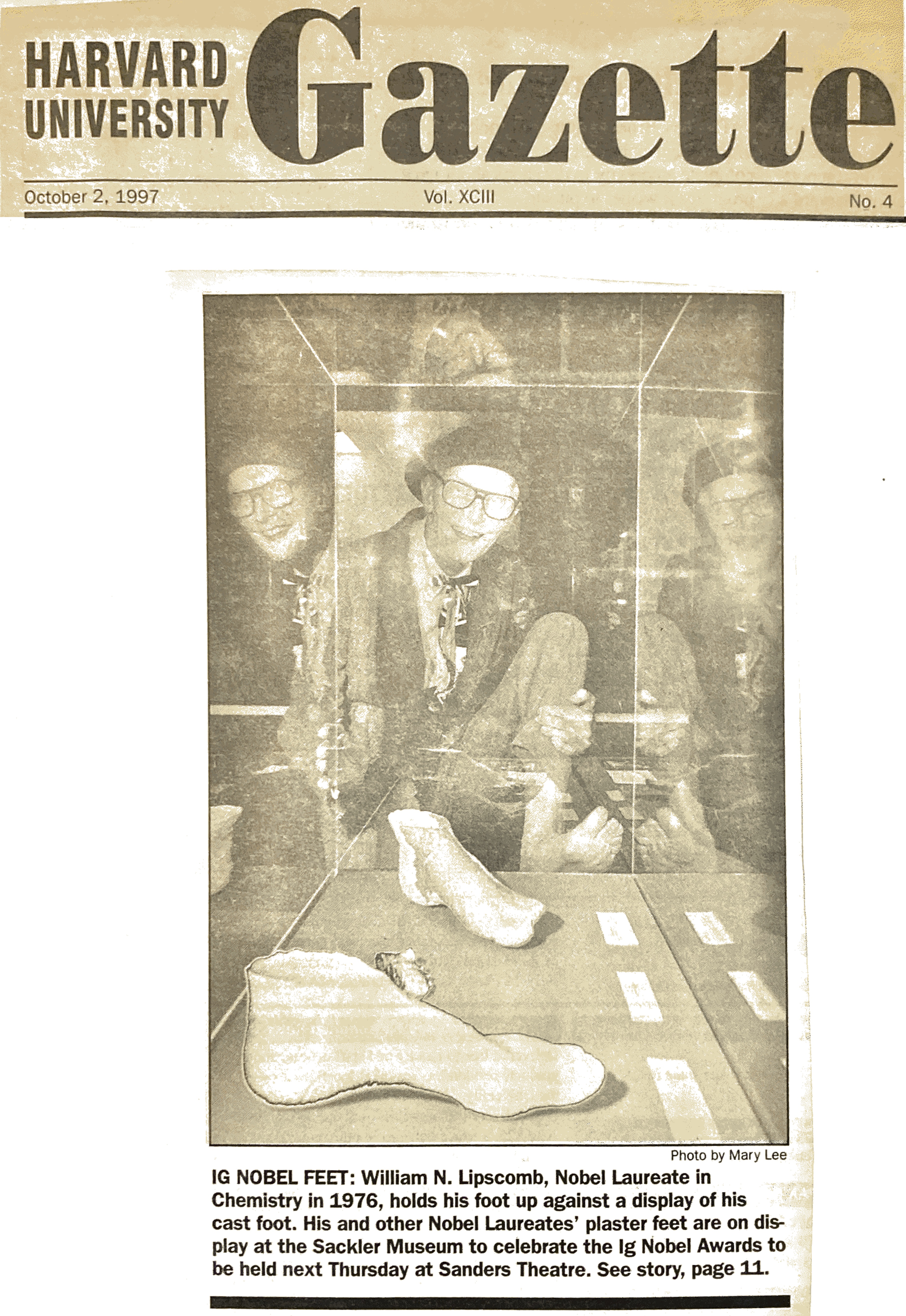 Just stumbled across a big box of press clippings from the 90s. Here’s Bill Lipscomb with the plaster cast of his left foot on display. This article in the Harvard Gazette on October 2, 1997, says:

IG NOBEL FEET: William N. Lipscomb, Nobel Laureate in Chemistry in 1976, holds his foot up against a display of his cast foot. His and other Nobel Laureates’ plaster feet are on display at the Sackler Museum to celebrate the Ig Nobel Awards to be held next Thursday at Sanders Theatre. See story, page 11.