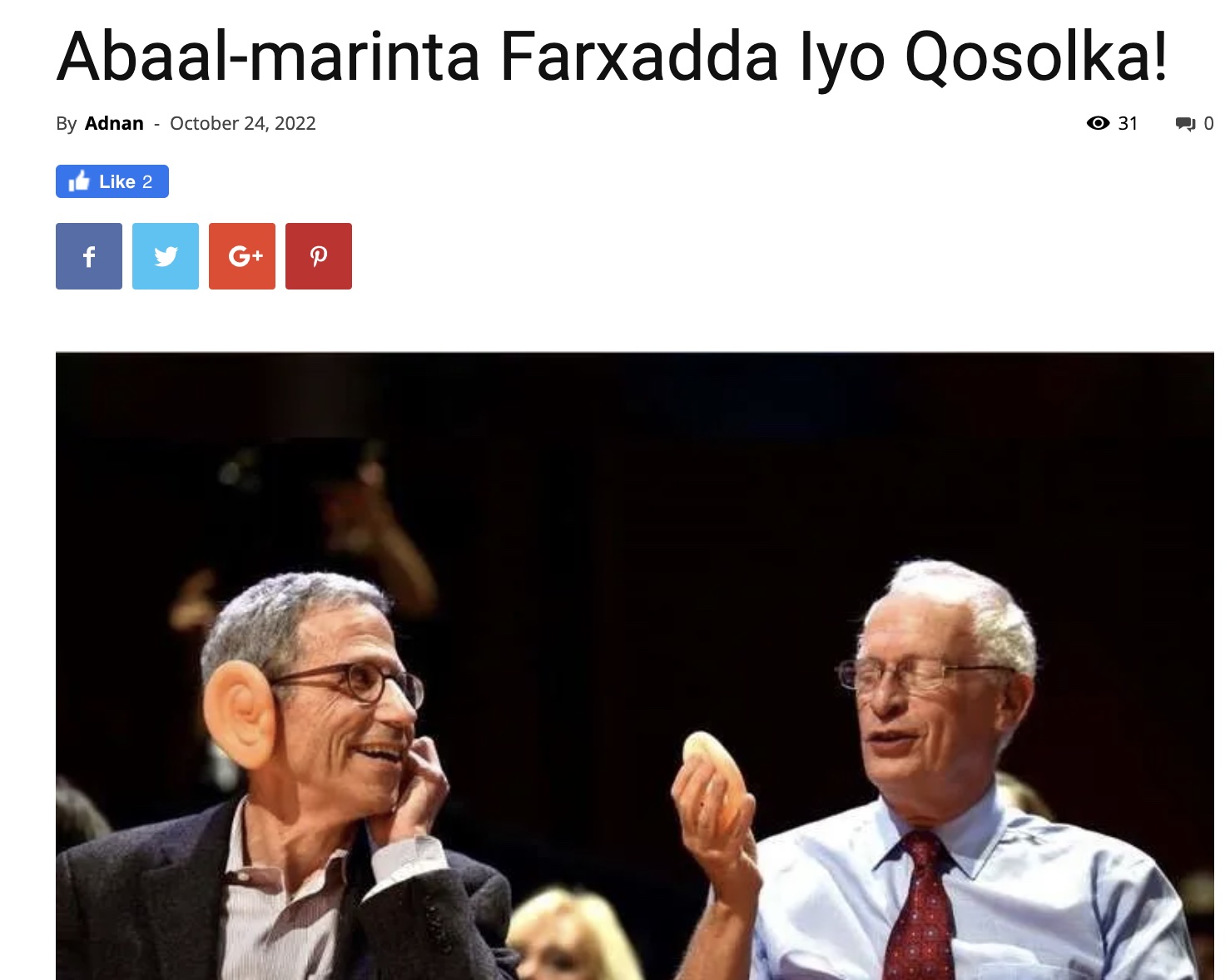 I sent this note to the editors of the Somaliland news site Wargeyska Dawan:

I learned from your news report today
<https://wargeyskadawan.com/2022/10/24/abaal-marinta-farxadda-iyo-qosolka/>
that I am dead.

In the year 2003, the Ig Nobel Peace Prize was awarded to the founder of the Association of Dead People. I am now qualified to apply for membership in that Association. Thank you for making me aware of this opportunity.

Here is the text of the Wargeyska Dawan report, machine-translated into English:

A ceremony called Ig Nobel was held this September at Harvard University in the United States, and the Ig Nobel prize was awarded to three winners.

The Ig Nobel Prize is awarded to people who win things that make people laugh. This year includes different topics such as physics, biology, and others.

The competition meeting this time was attended by scientists who presented funny and surprising scientific ideas. One of the questions is “Is the cat liquid or solid?” And why do you take a crocodile if you have good luck, and how can you take it?

The award was established by the late Mark Abrahams, editor of the journal “Unstoppable Research”. He said the purpose is to encourage people to do good and bad research so that everything can be known scientifically.

Abrahams said in a few words, “The award shows an unusual way of looking at the winner. The aim is to make a competition for the society in every aspect because it is difficult for some people to decide that they are important and can bring an idea, if not Encouragement and no competition.