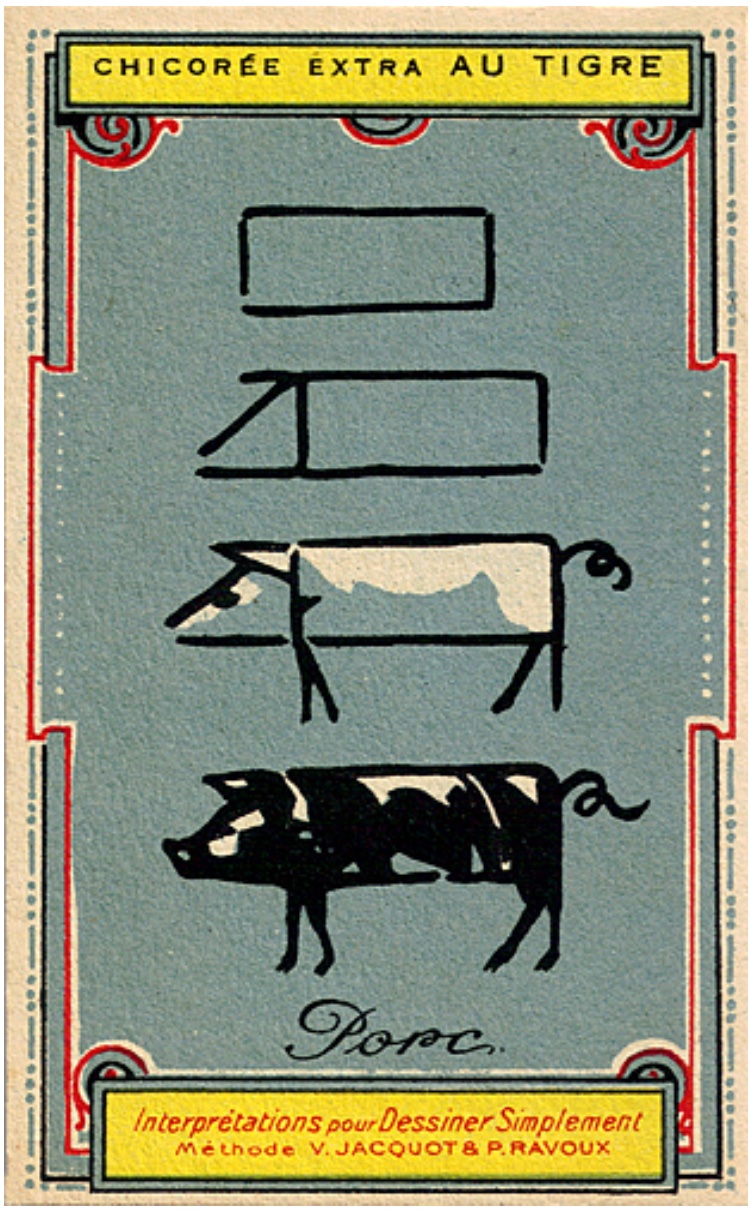 Amidst the vastness of a study on old French pig postcards, there is an image from a once-famous, now-somewhat-neglected way to teach drawing.

The drawing is by Victor Jacquot, who created a series of eight small books called Interprétations pour Dessiner Simplement. Jacquot shows, in clear, simple pictures with few words, how to draw many sorts of objects.

The booklets have become fairly rare. Booklet number 8, at least, seems to be available in some form from France’s National Museum of Education. 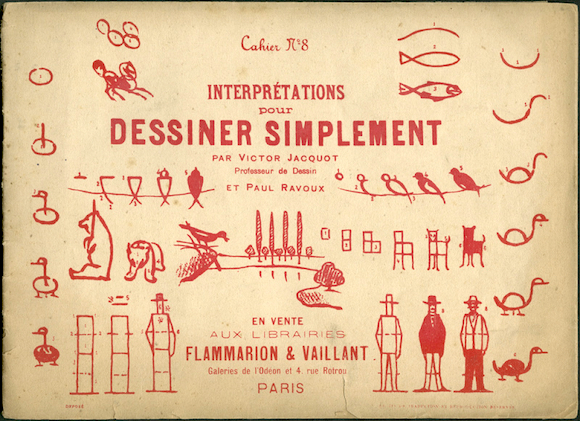 This general technique (of how to draw pictures), with variations, became fairly popular. You can find other books, by other authors, with other examples on display. One example, published in 1913: What to Draw and  How to Draw it , by E.G. Lutz.