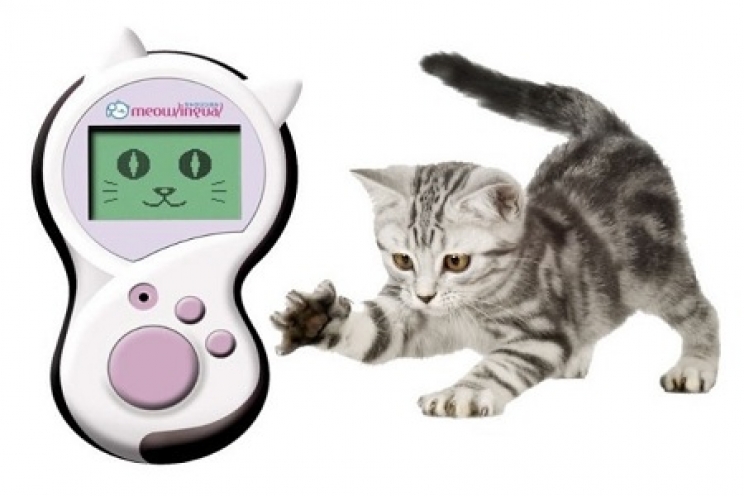 “Did My Cat Just Hit On Me? An Adventure in Pet Translation“, a report in the New York Times on August 29, 2022, by Emily Anthes, tells about new attempts to build computer-based devices that will translate cats’ and dogs’ utterances into human speech.

The report does not mention that these devices follow in the footsteps of the research honored, two decades ago, with the 2002 Ig Nobel Peace Prize. That prize was awarded to Keita Sato, President of Takara Co., Dr. Matsumi Suzuki, President of Japan Acoustic Lab, and Dr. Norio Kogure, Executive Director, Kogure Veterinary Hospital, for promoting peace and harmony between the species by inventing Bow-Lingual, a computer-based automatic dog-to-human language translation device. The same team later produced a device called Meow-Lingual, for cats.

The Times report also speaks of the cat-language research done by Susanne Schötz and colleagues at Lund University, Sweden:

“They tend to use different types of melody in their meows when they try to signal different things,” said Susanne Schötz, a phonetician at Lund University in Sweden who led the study as part of a research project called Meowsic.

BONUS: The French singer Camille Dalmais did her own research on cats and dogs, reported in the song in this video: