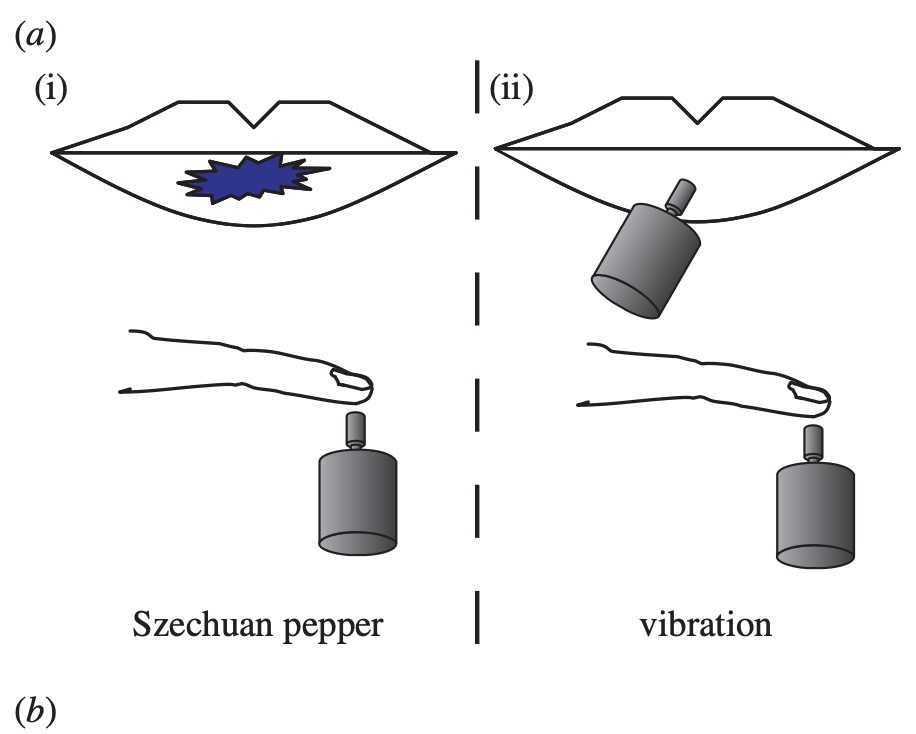 The mystery of spice-induced lip tingling succumbed, partially, to investigation in the year 2013. Details are in this study:

Szechuan pepper, a widely used ingredient in the cuisine of many Asian countries, is known for the tingling sensation it induces on the tongue and lips. While the molecular mechanism by which Szechuan pepper activates tactile afferent fibres has been clarified, the tingling sensation itself has been less studied, and it remains unclear which fibres are responsible. We investigated the somatosensory perception of tingling in humans to identify the characteristic temporal frequency and compare this to the established selectivity of tactile afferents. Szechuan pepper was applied to the lower lip of participants. Participants judged the frequency of the tingling sensation on the lips by comparing this with the frequencies of mechanical vibrations applied to their right index finger. The perceived frequency of the tingling was consistently at around 50 Hz, corresponding to the range of tactile RA1 afferent fibres.