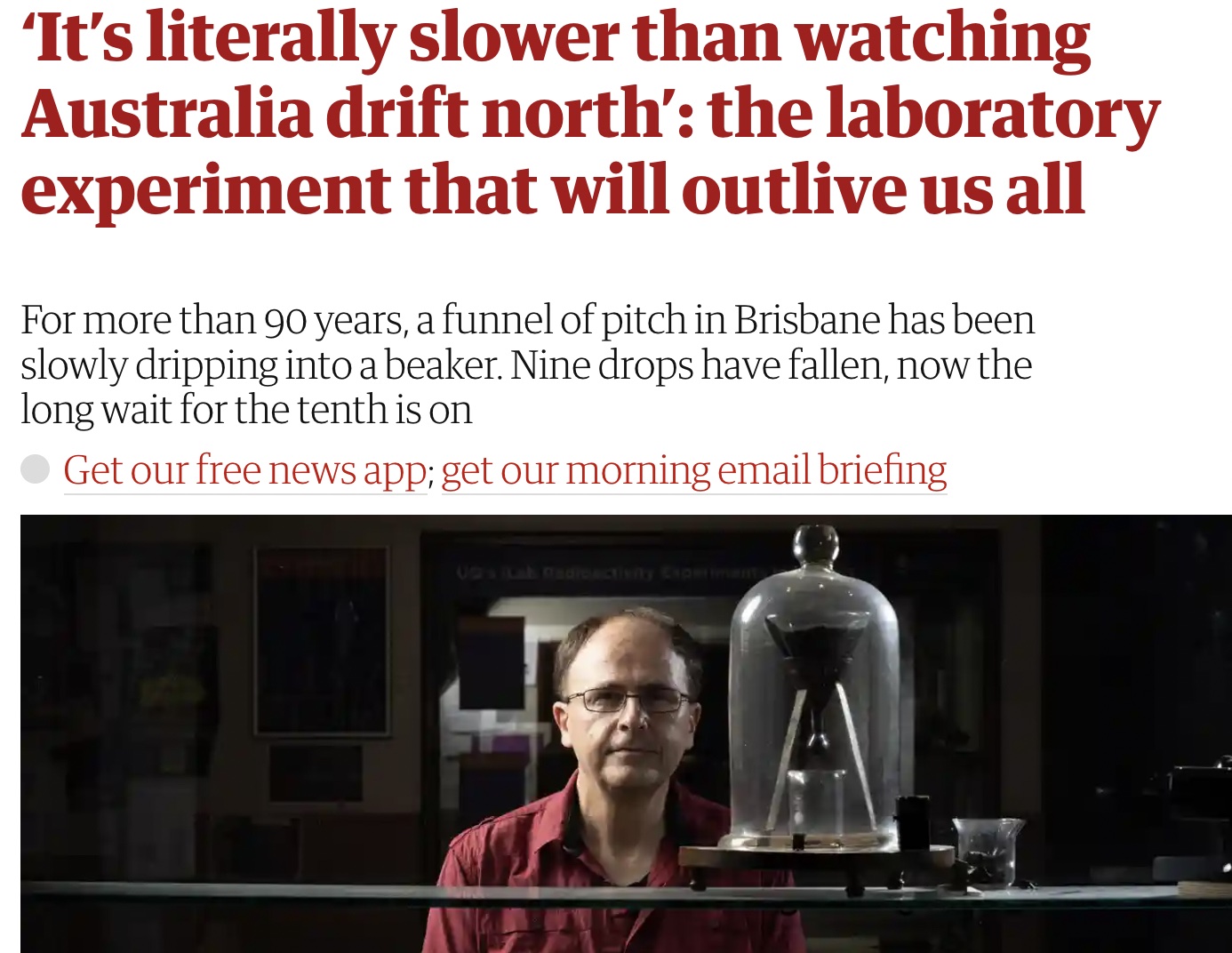 Andrew Stafford took a look at the current state of the Ig Nobel Prize-winning pitch drop experiment. His report, in The Guardian, bears the headline ” ‘It’s literally slower than watching Australia drift north’: the laboratory experiment that will outlive us all“.

The 2005 Ig Nobel Prize for physics was awarded to John Mainstone and the late Thomas Parnell of the University of Queensland, Australia, for patiently conducting an experiment that began in the year 1927 — in which a glob of congealed black tar has been slowly, slowly dripping through a funnel, at a rate of approximately one drop every nine years.