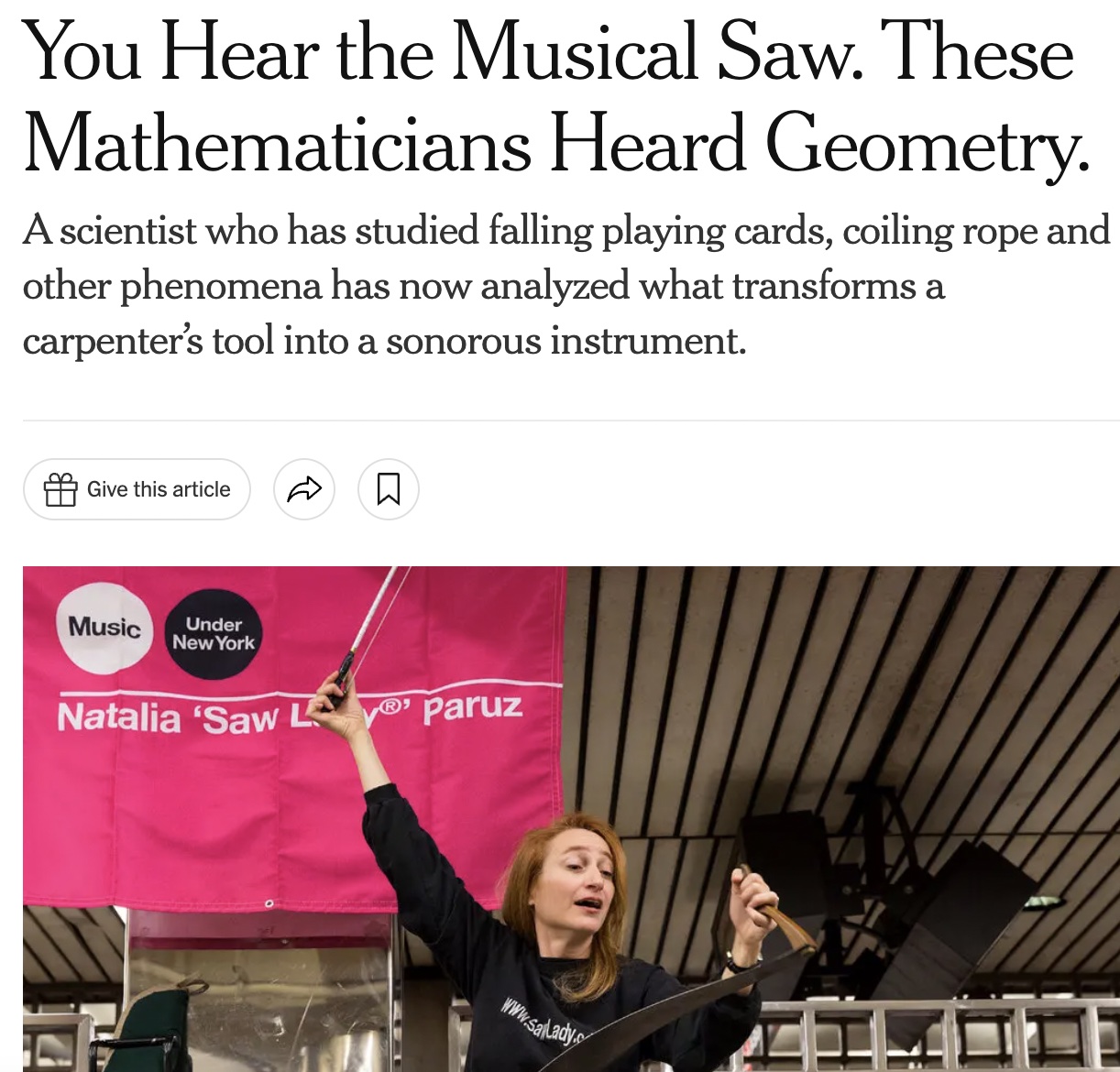 The physics of musical saws, explored by Ig Nobel Prize winner Lakshminarayanan Mahadevan, was profiled in the New York Times:

“Now L. Mahadevan, a professor of physics and applied mathematics at Harvard, along with two colleagues, Suraj Shankar and Petur Bryde, has studied the way the saw produces music and drawn some conclusions that help explain, mathematically, its beautiful sounds. The report was published April 21 in the Proceedings of the National Academy of Science.”

The 2007 Ig Nobel Prize for physics was awarded to L. Mahadevan and Enrique Cerda Villablanca, for studying how sheets become wrinkled.

The saw study cites, among other things, distantly related research by Basile Audoly, who won an Ig Nobel Prize for physics in 2006 for work with spaghetti.

Mahadevan himself has been awarded only one Ig, though he has done many other things (this saw work being the latest example) that are deserving.

The New York Times, as per tradition (a tradition it violates about once per decade), protected its readers by not mentioning any of these Ig Nobel Prizes. [Another occasional exception: things like the crossword puzzle. See the May 3 NY Times crossword puzzle, 14 across.]