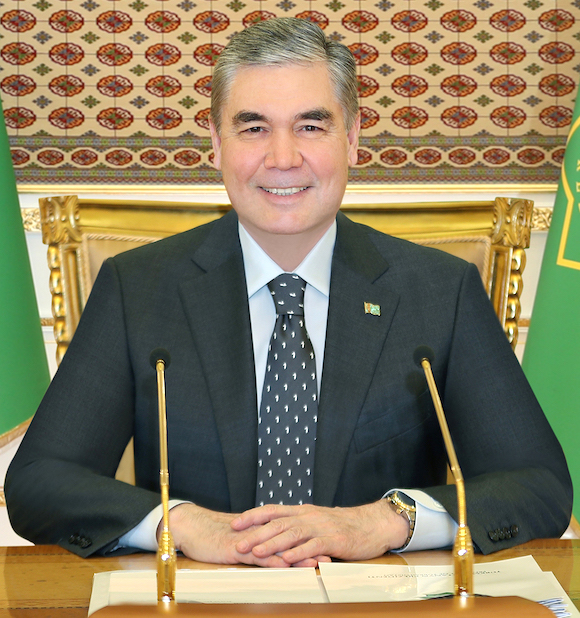 Gurbanguly Berdimuhamedow, co-winner of the 2020 Ig Nobel Prize for Medical Education, has stepped down as President of Turkmenistan, replaced by his son, according to an official government announcement and news reports. Caspian News reports:

“In accordance with Article 76 of the Electoral Code of Turkmenistan and on the basis of a resolution of the Central Election Commission (CEC) of March 14, 2022, Deputy Chairman of the Cabinet of Ministers of Turkmenistan Serdar Gurbanguly Berdimuhamedow, who received 72.97% of the votes, was declared elected president of Turkmenistan”, a statement by the country’s election commission on March 15, which was published on the Turkmenportal news website, said.

The 2020 Ig Nobel Prize for Medical Education was awarded to Jair Bolsonaro of Brazil, Boris Johnson of the United Kingdom, Narendra Modi of India, Andrés Manuel López Obrador of Mexico, Alexander Lukashenko of Belarus, Donald Trump of the USA, Recep Tayyip Erdogan of Turkey, Vladimir Putin of Russia, and Gurbanguly Berdimuhamedow of Turkmenistan, for using the Covid-19 viral pandemic to teach the world that politicians can have a more immediate effect on life and death than scientists and doctors can.

We have received inquires as to whether Gurbanguly Berdimuhamedow’s Ig Nobel Prize can be transferred to his son, Serdar Berdimuhamedow. The answer is no.