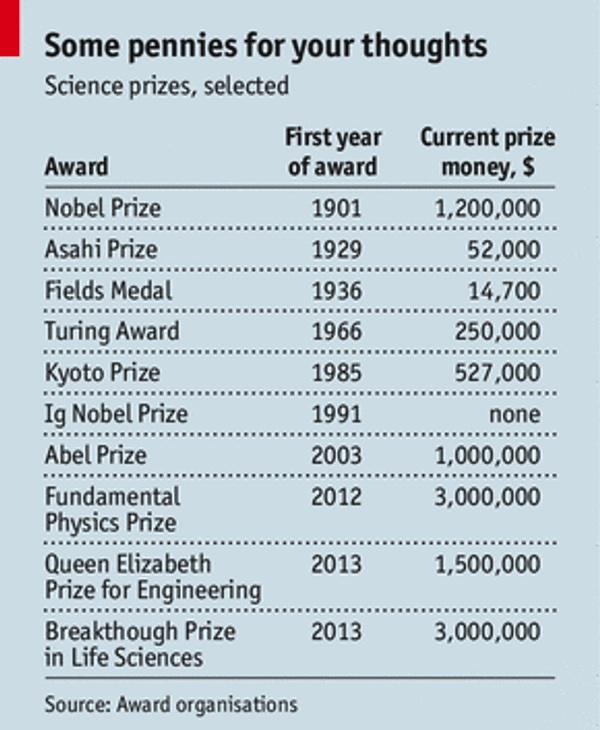 Back in 2013 The Economist magazine published this chart showing the amount of money awarded with each of the big science prizes. The amounts for most or all of these prizes has since risen. The amount for the Ig Nobel Prize now, in a way, tops the list. Each winner (or winning team) of an Ig Nobel Prize now gets ten trillion dollars — a Zimbabwean ten trillion dollar bill.

That Zimbabwean currency itself was the subject of a prize. The 2009 Ig Nobel Prize for Mathematics was awarded to Gideon Gono, governor of Zimbabwe’s Reserve Bank, for giving people a simple, everyday way to cope with a wide range of numbers — from very small to very big — by having his bank print bank notes with denominations ranging from one cent ($.01) to one hundred trillion dollars ($100,000,000,000,000).