I knew from the very beginning of my life, when I was a baby, that I wanted to grow my hair out. My father had long, flowing, curly, black hair from the time he was very young and I was always fascinated by it growing up. As I became older, I wanted my hair to be as long as possible because, of course, my idols were rock stars. They were Isaac Newton, Leonardo Da Vinci, Albert Einstein, and many more famous scientists who had long, extravagant hair. These men were champions for science and rebelled against societal norms in their respective times. By the time I reached my freshman year of college, I knew having long hair was more than a symbol of beauty and rebellion, it was a statement of who I am as a person. My hair is a part of my cultural identity that tells a lot about my personality. I’m not just that professor that has long, flowing hair. I am a quirky, goofy, funny, and groovy dude, but I am also very intellectual, analytical and introspective. As I continued to learn about the powers of hair from studying indigenous peoples, I discovered I have ancestral roots of the Mayan people from my father’s side. In the Mayan culture, hair is sacred and promotes self-esteem, self-respect, a sense of belonging, and a healthy sense of pride because hair is an extension of yourself. So moral of the story is don’t cut your hair short or else you’ll lose your powers! 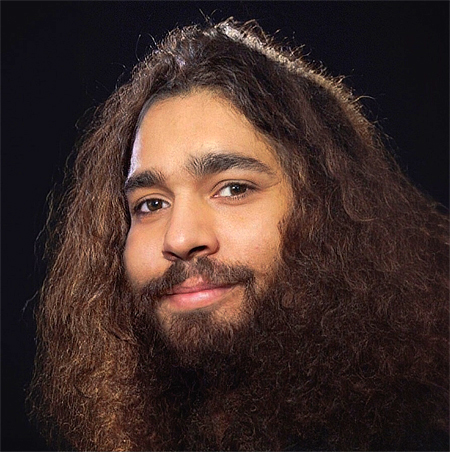