Some years ago I lent my copy of the the book Stress Analysis of a Strapless Evening Gown to jazz harpist / singer / composer Deborah Henson-Conant, musing that it might interest her. It interested her, so much so that Henson-Conant wrote a five-movement orchestral work, which she then performed with the Grand Rapids Symphony. A recording of that performance, called “Inventions and Alchemy,” was nominated for a Grammy award.

Video of that performance will have its online premiere on Friday, July 10, 2020. Registration to see it is free.

You can see, as well as hear, the composer demonstrate the engineering principles limned in bridge designer Charles Seim‘s essay “Stress Analysis of a Strapless Evening Gown”, which is the centerpiece of the book of that name. 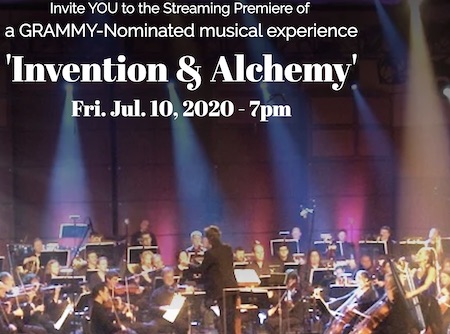 “Stress Analysis” author Charles Seim gave his first public talk about the essay in February 2007, as a featured part of that year’s Improbable Research show at the American Association for the Advancement of Science’s Annual Meeting, held in San Francisco.