A new study about walking and liars and computers is bountiful for teachers who want their students to decide whether to believe bold claims. See if you can count the bold claims made in the study. 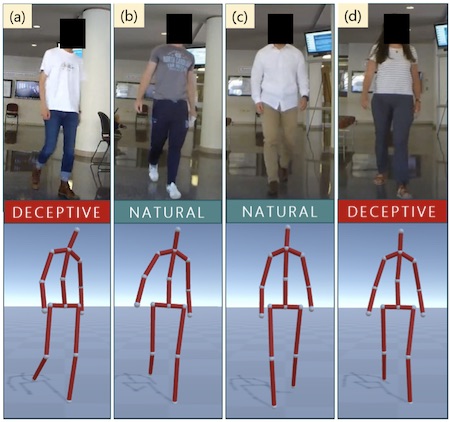 We present a data-driven deep neural algorithm for detecting deceptive walking behavior using nonverbal cues like gaits and gestures. We conducted an elaborate user study, where we recorded many participants performing tasks involving deceptive walking. We extract the participants’ walking gaits as series of 3D poses. We annotate various gestures performed by participants during their tasks. Based on the gait and gesture data, we train an LSTM-based [Long short-term memory] deep neural network to obtain deep features. Finally, we use a combination of psychology-based gait, gesture, and deep features to detect deceptive walking with an accuracy of 93.4%…. To the best of our knowledge, ours is the first algorithm to detect deceptive behavior using non-verbal cues of gait and gesture. 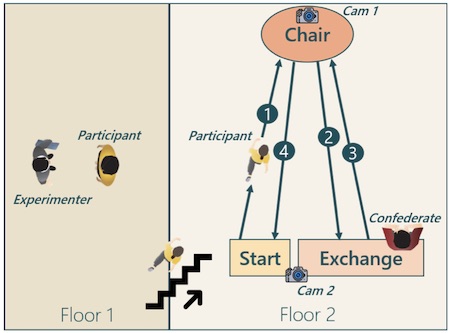 The researchers made use of bits of knowledge and belief they found in many places:

In addition to extracting gaits, we also annotate the gestures performed by the participants during the four walks. Prior literature on deception suggests that people showing deceptive behavior often feel distressed, and levels of discomfort can be used to detect a person’s truthfulness. These levels of discomfort may appear in fidgeting (adjusting their shirt/moving their hands) or while glancing at objects such as a clock or a watch. Touching the face around the forehead, neck, or back of the head is also an indicator of discomfort related to deception. We use these findings and consider the following set of gestures:{Hands In Pockets, Looking Around, Touching Face, Touching Shirt/Jackets, Touching Hair, Hands Folded, Looking at Phone}.