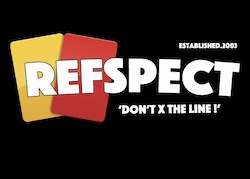 Male height is positively associated with social dominance, and more agonistic/competitive behaviours. However, the ‘Napoleon complex’ or ‘small man syndrome’ suggests that smaller males are more assertive and punitive to compensate for lack of height and social dominance. Here, we assess possible relationships between height and punitive behaviours in a real-world setting…. we analysed data on 61 male association football referees from four professional leagues in England, and explored relationships between their height and punitive behaviours in the form of yellow cards, red cards and penalties given during an entire season….

Conclusions: These findings from real-life public dominance encounters show that height is associated with punitive behaviours, but is sensitive to context.

Lead author Dane McCarrick is a football referee, and a psychologist.

In 2014, Minna Lyons, together with colleagues Amy Jones and Peter Jonason, was awarded an Ig Nobel Prize, for amassing evidence that people who habitually stay up late are, on average, more self-admiring, more manipulative, and more psychopathic than people who habitually arise early in the morning.

That psychopath research is documented in the study “Creatures of the Night: Chronotypes and the Dark Triad Traits,” Peter K. Jonason, Amy Jones, and Minna Lyons, Personality and Individual Differences, vol. 55, no. 5, 2013, pp. 538-541.

A Short Talk about Short Referees, in London on March 21

Minna Lyons and Gayle Brewer will do a short talk about this new study on short referees, and answer questions about it, in the Ig Nobel show at Imperial College London on March 21, 2020. That show is part of the 2020 Ig Nobel EuroTour.