Will you go to Hel? If you go to Pomerania, specifically to the Hel Peninsula, and then go alllllllllllllllllll the way to the tip of that peninsula, you will find yourself in the town of Hel. Good luck, voyager!

Here is a tourism photograph of Hel: 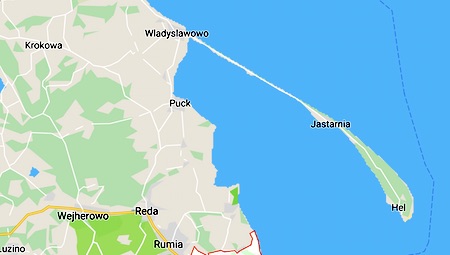 You might notice that the Hel Peninsula is not far from Puck. Yet Puck is a long way from Hel. Make of that what you will.

BONUS FACT (unrelated): The 1994 Ig Nobel Prize for mathematics was awarded to the he Southern Baptist Church of Alabama, mathematical measurers of morality, for their county-by-county estimate of how many Alabama citizens will go to Hell if they don’t repent. The railway station master in Hell, Norway sent greetings that were delivered at that year’s Ig Nobel Prize ceremony by the Norwegian consul to Boston.