Scary animals, a new study reveals, can be separated into five distinct clusters :

“(1) non‐slimy invertebrates; (2) snakes; (3) mice, rats, and bats; (4) human endo‐ and exoparasites (intestinal helminths and louse); and (5) farm/pet animals. However, only snakes, spiders, and parasites evoke intense fear and disgust in the non‐clinical population.”

The diagram below shows the ‘mean disgust rating’ plotted against ‘mean fear rating’ for a selection of creatures. 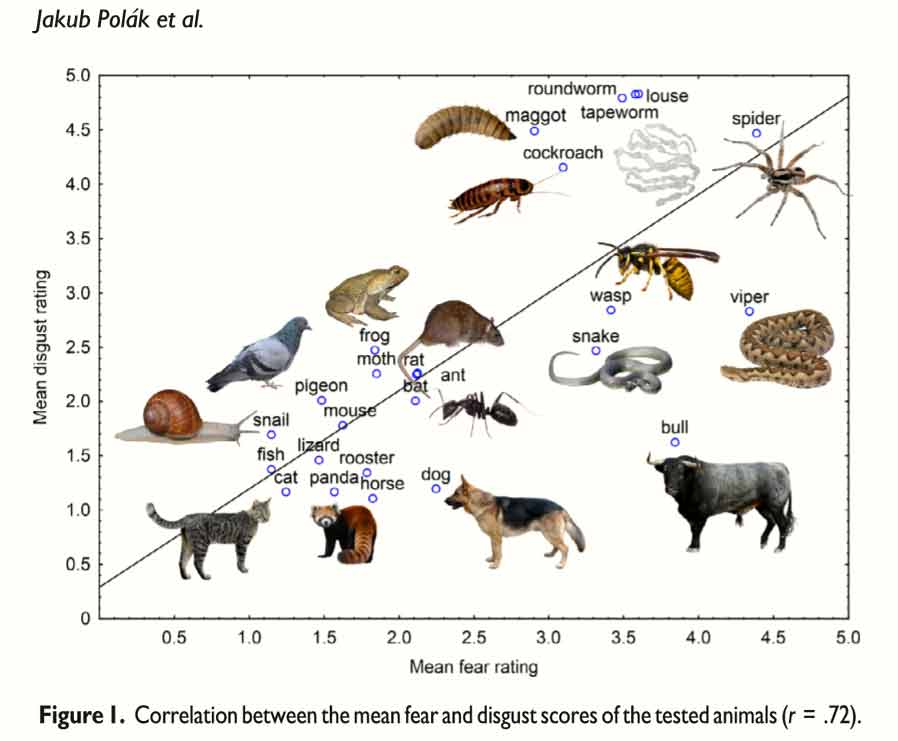 The study revealed some unanticipated results – such as :

“Having been bitten by a dog [also] decreased the mean disgust rating and the more serious the injury, the lower the rating was.”

See: Scary and nasty beasts: Self‐reported fear and disgust of common phobic animals scheduled for publication in the British Journal of Psychology.

Co-author Jaroslav Flegr is a 2014 Ig Nobel Prize winner, for his research on why it is hazardous to own a cat.