“This is an important topic”

– say Yunhao Dai, Raghavendra Rau, Aris Stouraitis and Weiqiang Tan [jointly of the Huazhong University of Science and Technology, China; Cambridge Judge Business School, University of Cambridge, UK; and the Hong Kong Baptist University, Hong Kong]. The important topic to which they are referring is the question of whether CEOs (Chief Executive Officers) of major US companies might tend to be rewarded with cash-based compensations (e.g. increased salary and bonuses etc.) in the unfortunate event that a terrorist attack happens within 100 miles or so of their office. 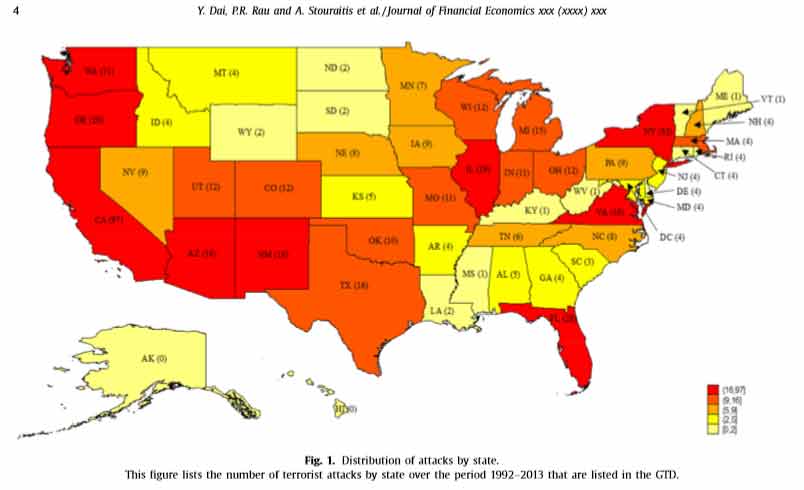 According to the results of the team’s research project, they do indeed :

See: ‘An ill wind? Terrorist attacks and CEO compensation’ in press at the Journal of Financial Economics, June, 2019.

The study notes that:

“Other executives and workers do not receive a terrorist attack premium.”

Co-author Rao shared the 2015 Ig Nobel Prize for management with several colleagues, for for discovering that many business leaders developed during childhood a fondness for risk-taking, when they experienced natural disasters (such as earthquakes, volcanic eruptions, tsunamis, and wildfires) that — for them — had no dire personal consequences.