When the sculpture arrived in the United States in 1937, a visiting Japanese conservator discovered that it contained an extraordinary cache of more than 70 dedicatory objects. It has taken over 80 years to begin to unlock the complex secrets of this princely time capsule, thanks to advances in technology and scholarship. 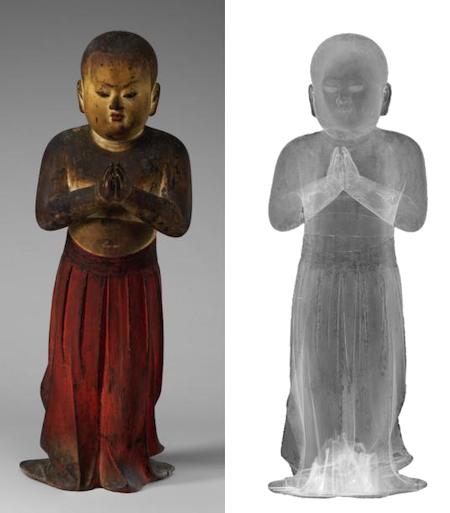 The secrets will be revealed, we are told, in a talk on Tuesday, May 28, at 4:15 pm, at the Harvard Art Museums in Cambridge, Massachusetts. It’s called “Prince Shōtoku: The Secrets Within.”