Bandai America is bringing the nostalgia-infused virtual pet craze of “Tamagotchi” to a 21st century audience with “Tamagotchi On,” a revamped take on the keychain-sized plastic egg toy that launches May 13.

So reports Variety, the show business newspaper, which goes on to give some historical context: 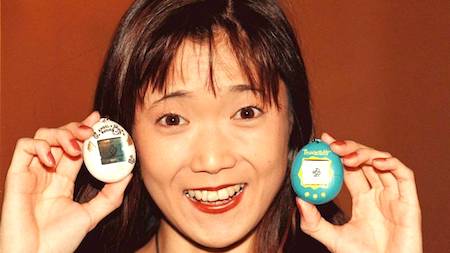 Tamagotchi was originally invented by Bandai’s Aki Maita. She later won the 1997 Ig Nobel Prize in economics for its creation.

The 1997 Ig Nobel Prize for economics was awarded to Akihiro Yokoi of Wiz Company in Chiba, Japan and Aki Maita of Bandai Company in Tokyo, the father and mother of Tamagotchi, for diverting millions of person-hours of work into the husbandry of virtual pets.