This new study, describing a now-long-dead person who ate a snake whole, is reminiscent of the Ig Nobel Prize-winning study about swallowing a shrew. The new study is: 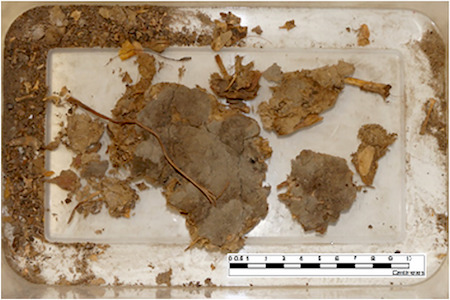 This paper presents an analysis of the floral and faunal remains of a single human coprolite recovered from Conejo Shelter, Texas…. Zooarchaeological analysis found the remains of a small rodent, evidently eaten whole, with no indication of preparation or cooking. Notably, the bones, scales and a fang of a snake in the Viperidae family were also recovered from the coprolite, which is the first direct archaeological evidence of venomous snake consumption known to the researchers….

We propose that the ingestion of an entire venomous snake is not typical behavior for the occupants of the Lower Pecos or Conejo Shelter.

Geroge Dvorsky, writing in Gizmodo, has a report about this report, with the headline “Fossilized Human Poop Shows Ancient Forager Ate an Entire Rattlesnake—Fang Included.”

The 2013 Ig Nobel Prize for archaeology was awarded to Brian Crandall and Peter Stahl, for parboiling a dead shrew, and then swallowing the shrew without chewing, and then carefully examining everything excreted during subsequent days — all so they could see which bones would dissolve inside the human digestive system, and which bones would not. 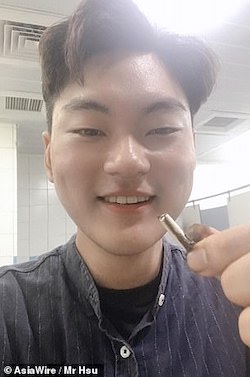 UPDATE (May 1, 2019)—The Daily Mail reports on a new case of a human swallowing something whole: “Man accidentally swallows an Apple AirPod… and it STILL WORKS after it passes through his system“:

Ben Hsu fell asleep with the pair of wireless headphones still in his ears but woke up unable to find one of them.

Using an iPhone tracking feature he discovered the device was still in his room and heard its beeping sound following him around….

Doctors gave him a laxative and told him to inspect his waste for any sign of the device.

Fortunately for Mr Hsu the AirPod resurfaced when he relieved himself at a railway station the next day.