Security? What kind of answer does that question really have? This paper gives an answer, kind of: 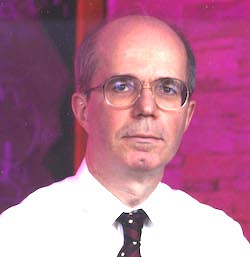 “There is a rising tide of security breaches. There is an even faster rising tide of hysteria over the ostensible reason for these breaches, namely the deficient state of our information infrastructure. Yet the world is doing remarkably well overall, and has not suffered any of the oft-threatened giant digital catastrophes. This continuing general progress of society suggests that cyber security is not very important. Adaptations to cyberspace of techniques that worked to protect the traditional physical world have been the main means of mitigating the problems that occurred. This ‘chewing gum and baling wire’ approach is likely to continue to be the basic method of handling problems that arise, and to provide adequate levels of security….”

“The general conclusion of this essay is that from the start, the “bean counters” understood the basic issues better than the technologists, even though they usually did not articulate this well. The main problem all along was risk mitigation for the human world in which cyberspace played a relatively small role. It was not absolute security for the visionary cyberspace that technologists dreamed of.”