Colin Dicky takes a gander at a cocked quibble, in the essay “Pitch Battles—HOW A PARANOID FRINGE GROUP MADE MUSICAL TUNING AN INTERNATIONAL ISSUE“: 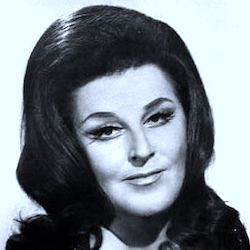 “In 1988, more than a dozen of opera’s greatest superstars—including Plácido Domingo, Luciano Pavarotti, and Birgit Nilsson [pictured here]—added their names to a petition before the Italian government, asking it to lower the standard pitch at which all orchestras are tuned. At the time, international standard pitch was set at 440 Hz, which is to say that the A above middle C should be tuned to resonate at 440 cycles per second. The petition asked the government to lower this to 432 Hz, claiming that “the continual raising of pitch for orchestras provokes serious damage to singers, who are forced to adapt to different tunings from one concert hall or opera to the next,” and that “the high standard pitch is one of the main reasons for the crisis in singing, that has given rise to ‘hybrid’ voices unable to perform the repertoire assigned to them….”

Here’s more detail (from the Schiller Institute) about the petition, with added commentary that says: 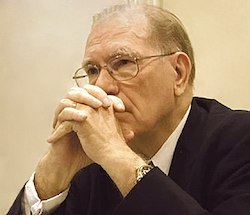 “This campaign had been originally inspired by Lyndon H. LaRouche, Jr. [pictured here], whose collaborators uncovered the historical evidence that Giuseppe Verdi, Italy’s great composer and nation-builder, had successfully battled to impose a diapason of A=432, based on Middle C=256, as the official tuning of the Italian armed forces in 1884.”

Here’s a video that’s mostly audio, of an orchestra tuning up—trying to become in pitch. See if you can hear what pitch—exactly what pitch—they are trying to attain: