Stings by imported red fire ants don’t (though maybe do) induce some mental health problems in humans—the yes or no of it depending on one’s inclination and interpretation—suggests this study:

Here’s a simplified graphic of the algorithm used, in the study, to analyze the data: 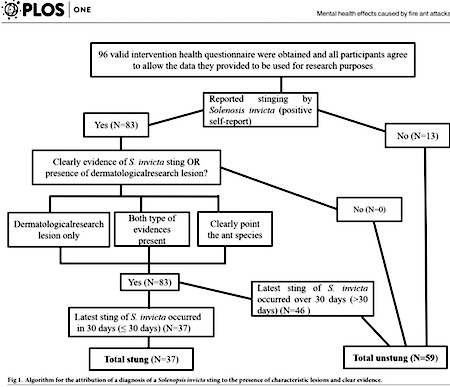 (Thanks to Lily Cook for bringing this to our attention.)