You may be wondering how aesthetically pleasing is your country’s diffraction pattern. This new physics study proves that Albert F. Rigosi shares your mental hobby:

“Analysis of Fraunhofer Diffraction Patterns’ Entropy Based on Apertures Shaped as National Borders,” Albert F. Rigosi, Optik, vol. 172, November 2018, pp. 1019-1025. (Thanks to John Ng for bringing this to our attention.) The author, at Columbia University and the National Institute of Standards and Technology, reports:

“How aesthetically pleasing is your country’s diffraction pattern? This work summarizes the calculated and experimental Fraunhofer diffraction patterns obtained from using apertures lithographically formed into shapes of national borders. Calculations are made based on the fast Fourier transform of the aperture images. The entropy of a diffraction pattern image, based on its two-dimensional gradient, for each of 113 nations has also been computed. Results suggest that most nations’ diffraction patterns fall under one of two prominent trends forming as a function of geographical area, with one trend being less entropic than the other.” 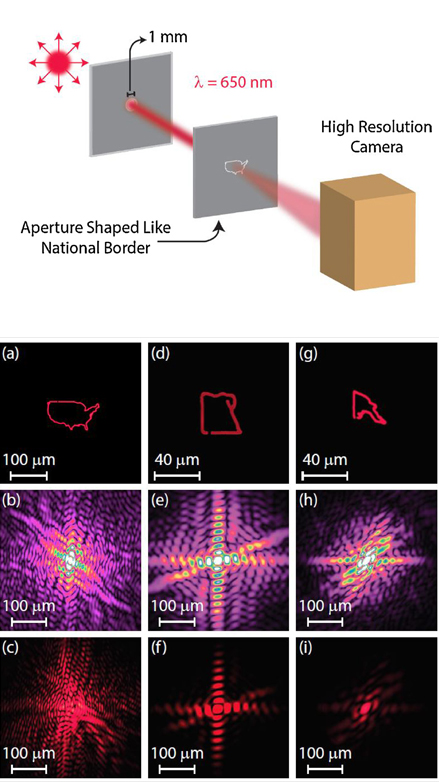 Additional everything can be found in an appendix.