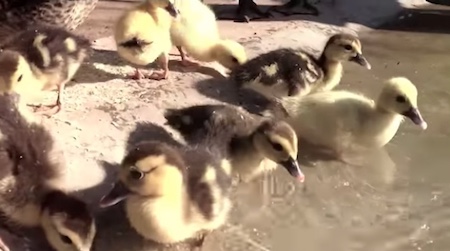 Some of those facts were discovered by Patricia Brennan and Kees Moeliker, both of whom contributed to production of this video.

Some years ago Patricia Brennan summarized her discoveries in a 24/7 Lecture at the Ig Nobel Prize ceremony.

Some years before that Kees Moeliker was awarded an Ig Nobel Prize for biology, for his study “The First Case of Homosexual Necrophilia in the Mallard Anas platyrhynchos (Aves: Anatidae).”

(Thank you to Daniel Rosenberg for bringing this to our attention.)