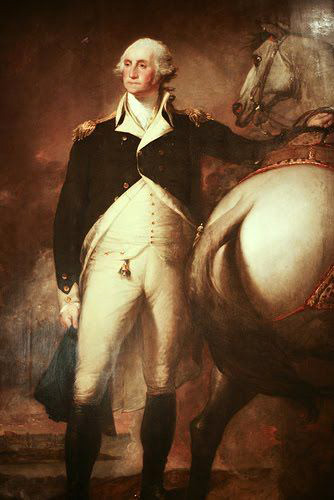 The Worcester Telegraph published a photo of the painting in Mechanics Hall, visible next to a projected TV image of the inauguration of a later president, D. Trump, in January 2017: 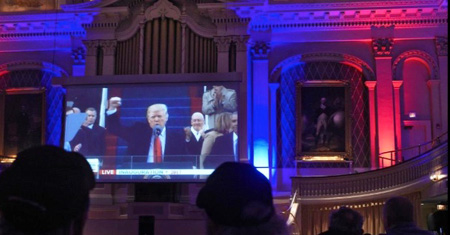