The next time you sprinkle a few grains of salt into your soup, then, if you have the time for it, you could consider the theological implications of doing so. To assist with your considerations, don’t miss the work of Professor Lisanne D’Andrea Winslow of the University of Northwestern, St. Paul, MN, US, who has written (along with colleague Professor Walter J. Schultz) an extensive thesis on the subject of ‘The Solubility of Salt: A Divine Action Account’.

The professors remind readers of the standard ‘chemical’ model of salt :

“An ionic bond is formed when one atom accepts or donates one or more of its valence electrons to another atom. In a standard chemistry explanation, an ionic bond is considered the electrostatic force of attraction between two oppositely charged ions; the resultant compound is referred to as a salt. The salt molecule (here we will confine our discussion to the salt NaCl, but this chemistry applies to all ionic bond salt compounds such as CaCl2, KCl, KI, and so on), has the capacity and tendency to self-associate in a higher-order lattice structure known as a salt crystal, commonly known as table salt.”

And then go on to give explanations (in terms of Divine Compositionalism) as what might be happening when you dissolve it in water. A flavour of which may be appreciated via this short extract : 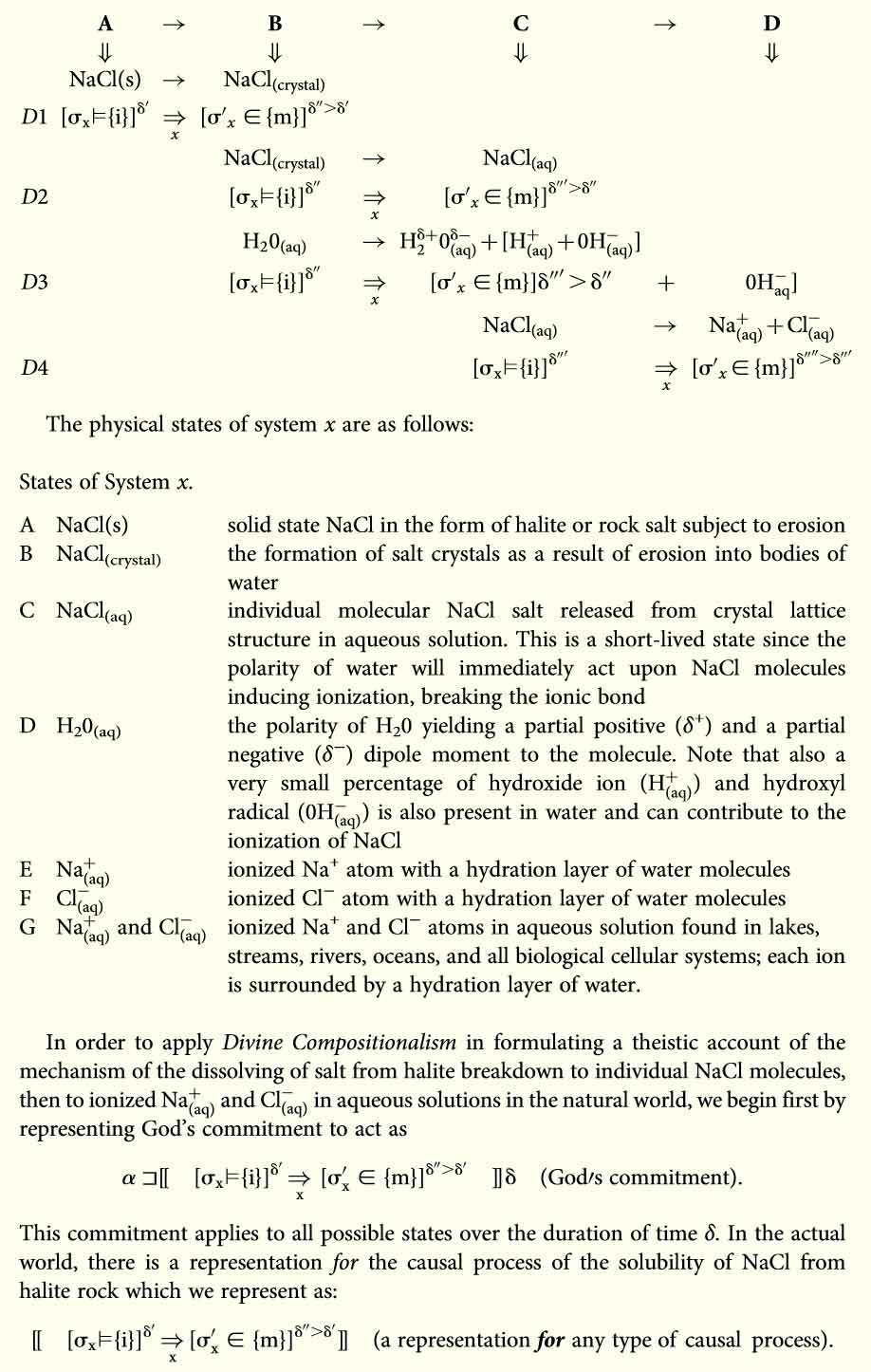 The full implications can probably only be fully absorbed by buying a copy of the paper (£30 for 24 hours access, or 30 days access for the entire journal issue at £166), which is published in the current issue of the journal Theology and Science, Volume 16, 2018 – Issue 1.

Note: Dispositional philosophers are reminded, in footnote 17, that :