There are many alternate histories of the universe. Here are two.

A Briefer History of the Universe 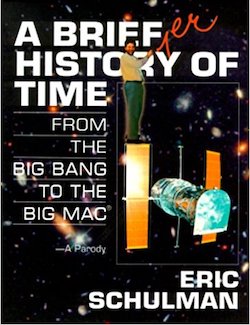 Eric Schulman’s 60-second-long History of the Universe began as a print piece (“A History of the Universe in 200 Words or Less,” in the Jan/Feb 1997 issue of the Annals of Improbable Research), had its first public performance as part of the 1997 Ig Nobel Prize ceremony, was expanded into book form (a publisher, in the audience that night, solicited Schulman on the spot to write it), and has been performed many times.

The original 200-word version was eventually translated into many languages, by volunteers on various parts of the planet Earth. Much of that Universal History Translation Project survives, still, on the Internet Archive.

You can see video of a special performance at the National Science Foundation: 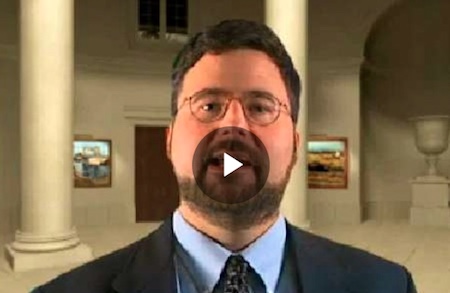 A Dominoic History of the Universe

Recently, the Scope of Science web site created a more expanded history of the universe, involving dominoes. Here’s video of that (thanks to Scott Langill for bringing it to our attention):