Jordan B. Peterson, one of the world’s great self-recognized geniuses, gets a warm appreciation in The New York Times. Nellie Bowles writes: 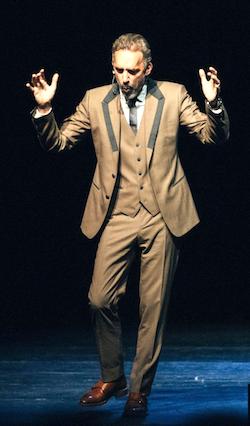 [He says some people want] to eliminate hierarchies, which he says are the natural order of the world. In his book he illustrates this idea with the social behavior of lobsters. He chose lobsters because they have hierarchies and are a very ancient species, and are also invertebrates with serotonin. This lobster hierarchy has become a rallying cry for his fans; they put images of the crustacean on T-shirts and mugs.

Professor Peterson boiled down his thoughts about lobsters. The boiled mass is served up in Professor Peterson’s paper called “The Functional Neuroanatomy and Psychopharmacology of Predatory and Defensive Aggression.”

BONUS (possibly unrelated): The 2016 Ig Nobel Prize for psychology was awarded to Gordon Pennycook, James Allan Cheyne, Nathaniel Barr, Derek Koehler, and Jonathan Fugelsang for their scholarly study called “On the Reception and Detection of Pseudo-Profound Bullshit” [published in the journal Judgment and Decision Making, vol. 10, no. 6, November 2015, pp. 549–563].