Impulsive beliefs that someone has discovered a switch, in the brain, to control impulsive behavior!

Such beliefs have impelled many scientists (professional, amateur, and imagined) to report that they have maybe, perhaps, almost-certainly, nearly-without-doubt discovered a switch, in the brain, to control impulsive behavior. 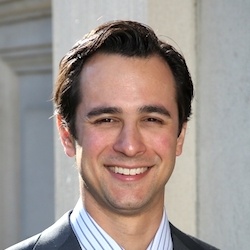 A newly published study suggests that a team of scientists has discovered the switch.

Corresponding author Halpern’s official biography reveals, courteously, that he “is Assistant Professor of Neurosurgery and, by courtesy, of Neurology and Neurological Sciences, and Psychiatry and Behavioral Sciences at Stanford University Medical Center.”

The experiment was performed on mice. The study reports this in simple, plain language: “Utilizing this translational biomarker as a trigger, RNS blocked binge eating in mice with remarkable behavioral specificity, thereby taking the first critical step toward the development of a targeted intervention for neuropsychiatric patients suffering from hypersensitivity to pathological motivations.”

At the end of the study, the authors explain that their discovery likely is the key to controlling undesired impulsed in humans:  “Our findings provide preliminary evidence that RNS has potential for treating intractable behavioral disorders that have not previously been considered optimal candidates for neurosurgical approaches, including eating disorders, and even obesity and addiction. Undoubtedly, further work will optimize biomarkers of reward anticipation by improving their specificity and sensitivity.”

At the very end, the study mentions that there may be a small chance that the prediction might not pan out: “Nevertheless, the fact that mouse and human NAc LFPs exhibit similar changes during reward anticipation suggests that mechanistically driven research in rodents can inform what is eventually done in human subjects.”

The discovery’s announcement has not gone unnoticed. Scientific American has an appreciation, with the headline: “An Electrical Brain Switch Shuts Off Food Cravings
— Could the temptation to dish up seconds (or thirds) be curtailed with an implant under the skull?”