Imagine you just met your child’s teacher, who is named Gwen. The name Gwen, however, is firmly associated in your memory networks with your grandmother, who is also named Gwen. 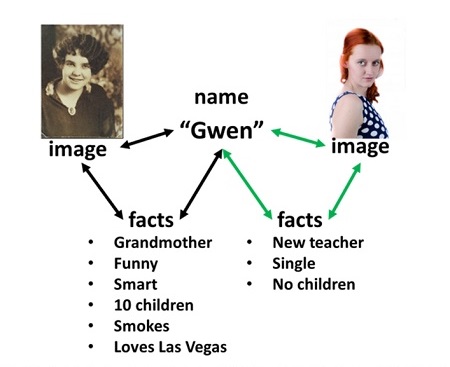 Figure 2: Disambiguating the teacher Gwen from the grandmother Gwen requires sleep-dependent consolidation of the novel information while protecting the grandmother schema.

Poe claims that when the brain is asleep, ‘garbage’ memories and links can be deleted. Hormones that activate during rest could protect long held memories from deletion, in this case protecting the grandmother from the new teacher. Sleep could prevent unintentional overlaps in memory, and socially problematic mix-ups.

Don’t forget to remember to read the companion paper by Susan Sara, “Sleep to Remember.” Sara reviews the literature, taking a dig at the ancient Greeks:

According to Aristotle, the sleep state was “a boarder-land between living and not-living: a person who is asleep would appear to be neither completely non-existent nor completely existent” (Sprague, 1977). Clearly, ancient Greek thought did not attribute any important functional role to the sleep state.

Sara’s article covers a history of studies suggesting that rapid eye movement (REM) sleep helps consolidate memories by making some connections stronger. More recent examples are used, as well as the early experiments of sleep depriving rats that “… involved constraining the animal on an inverted flower pot surrounded by a pool of water.”

Each researcher comments on the other’s paper, pointing out details that are seemingly-reasonable reasons for their analysis.