‘The Archers’ is the world’s longest-running radio soap opera. Although the BBC has been transmitting it in the UK for more than 60 years now, it’s only recently been gaining traction in the academic world. See, for example, the 2017 “The Archers in fact and fiction: Academic analyses of life in rural Borsetshire* ” conference which took place 17th-19th February, hosted by University of Lincoln, UK. 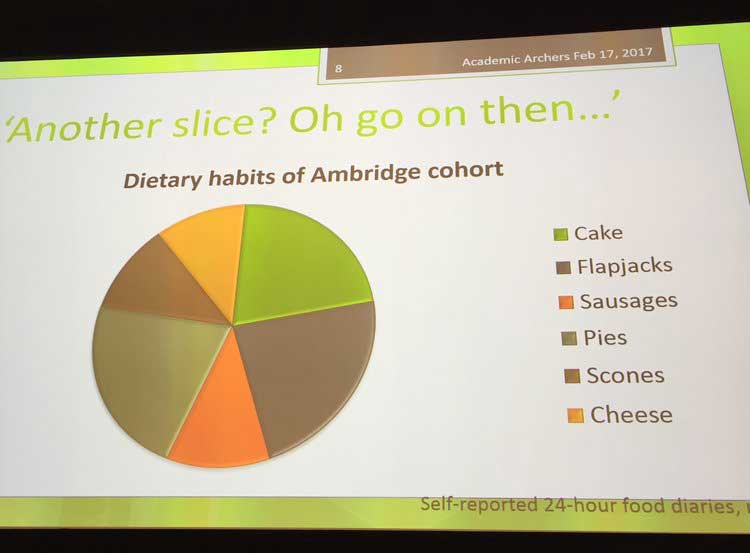 The conference featured 32 speakers and 27 papers from universities across the globe, covering such topics as :

• “My parsnips are bigger than your parsnips”: The negative aspects of competing at flower and produce shows. (Cranfield Defence and Security, Cranfield University, UK)

• The Ambridge* Paradox: Cake Consumption and Metabolic Health in a Defined Rural Population (from Christine Michael, editor of the Ambridge* Observer) [See photo above]

[1] Various YouTube videos of the conference are available here

* Note: The town of ‘Ambridge’ does not exist, neither does the county of Borsetshire. Nevertheless, the BBC does, however, provide a map.