Keith Raniere, whose inventive uses of human beings are, some of them, profiled in the New York Times under the headline “Inside a Secretive Group Where Women Are Branded“, has filed unusual patent applications. Here are three of those patent applications that relate to things other than branding women.

That patent application contains this drawing, which perhaps summarizes the idea as clearly as is possible: 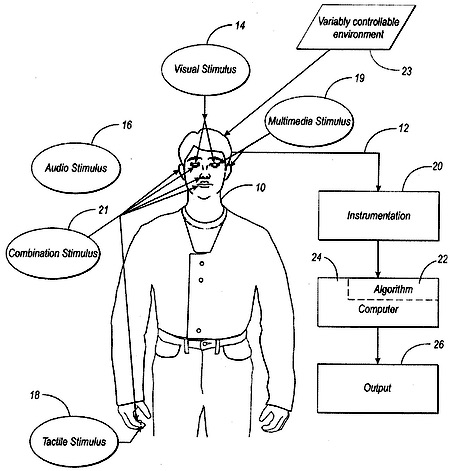 “Rational inquiry sash“ [US design grant USD469594S1, now expired] included this drawing, which explains the concept of a rational inquiry sash as well or better than does the text that accompanies it in the document on file with the patent office: 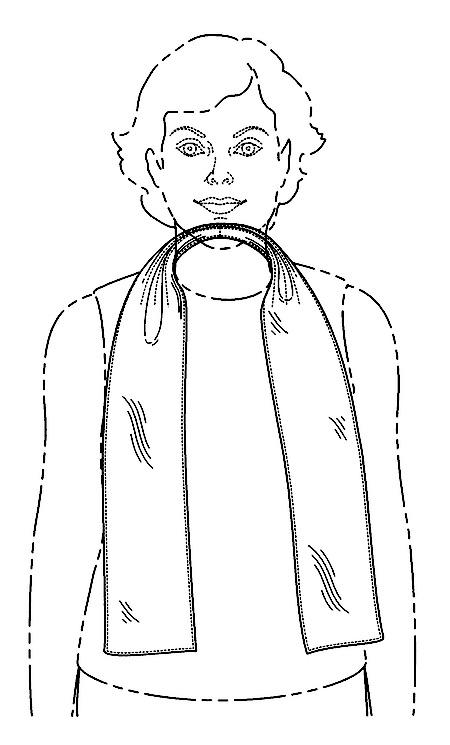 “Apparatus and method for preventing a vehicle from running out of fuel“ [application US20140277920A1, status “granted”] attacks a simple problem by making it into a complicated problem. This is the problem, as the patent application describes it: “A vehicle may run out of fuel if the driver is preoccupied or forgetful to refuel. An operator may be left stranded far from any location where he can obtain more fuel. Currently, vehicles contain a fuel gauge which displays the level of fuel for an operator to attempt to prevent this unfortunate scenario. However, a fuel gauge on a vehicle may read empty when there is still fuel remaining in the vehicle. This may condition the operator to disregard the warning and continue to drive the vehicle, sometimes to the point where the fuel actually does run out.”

The patent application includes this summary, in the form of a drawing, of the proposed solution to that problem: 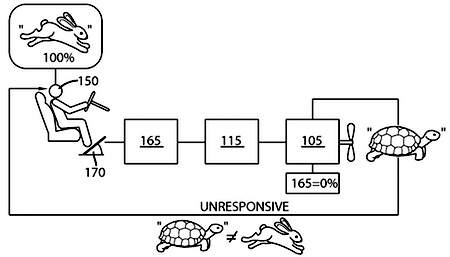 These are just three of the many patent applications filed by Keith Raniere, whose interests and ambitions may be unique.

Keith Raniere has a company called NXIVM. The company’s name is a summary, perhaps clear in some way, of its activities. Many of Keith Raniere’s patents are assigned (in the filings with the US patent office) to a company called First Principles, Inc., which in its paperwork appears to be geared towards selling things to the US government. Another of Keith Raniere’s organizations says “Keith Raniere holds many titles to his name—scientist, mathematician, philosopher, entrepreneur, educator, inventor and author—but perhaps the most poignant among them is that of humanitarian.”

Keith Raniere is the subject of many popular YouTube videos.