Three researchers put into words their simple surprise about surprise. They published a study that goes into considerable detail. It has to do with the facial appearance of people who are surprised by something.

Here, for context, is a random selection of photos turned up by a google search for the phrase “surprised faces”: 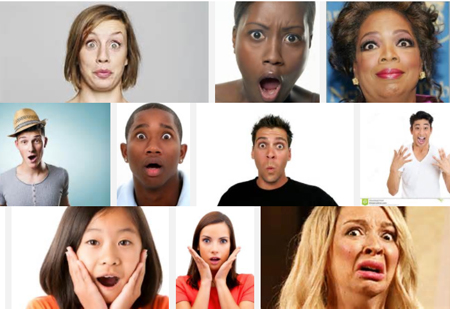 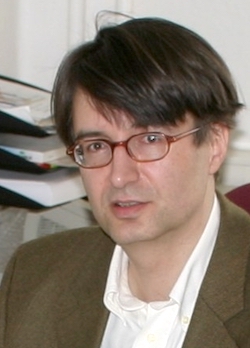 The study is: “The Cognitive-Evolutionary Model of Surprise: A Review of the Evidence,” Rainer Reisenzein [pictured here], Gernot Horstmann, and Achim Schützwohl, Topics in Cognitive Science, epub 2017.

If you want to consider some of the detail that they (the researchers) consider you (the reader) should consider, here is the researchers’ 140-word partial summary of what they found surprising. You might enjoy reading it aloud to a friend:

“The facial expression of surprise postulated by evolutionary emotion psychologists has been found to occur rarely in surprise, for as yet unknown reasons. A physiological orienting response marked by skin conductance increase, heart rate deceleration, and pupil dilation has been observed to occur regularly in the standard version of the repetition-change paradigm of surprise induction, but the specificity of these reactions as indicators of surprise is controversial. There is indirect evidence for the assumption that the feeling of surprise consists of the direct awareness of the schema-discrepancy signal, but this feeling, or at least the self-report of surprise, is also influenced by experienced interference. In contrast, facial feedback probably does contribute substantially to the feeling of surprise and the evidence for the hypothesis that surprise is affected by the difficulty of explaining an unexpected event is, in our view, inconclusive.”

BONUS (related to that unrelated bonus): Trash and recycling in the city of Surprise