When ‘the blob’ develops according to the Tokyo rail network

In the small community of blob enthusiasts, Toshiyuki Nakagaki is a reference. But his fame goes far beyond that. His work on the unicellular Physarum polycephalum [slime mold] has earned him two IgNobels. Certainly, this award is not worth its prestigious elder. But to win this award – a mixture of incongruity and seriousness – is worth its weight in notoriety. So, twice … 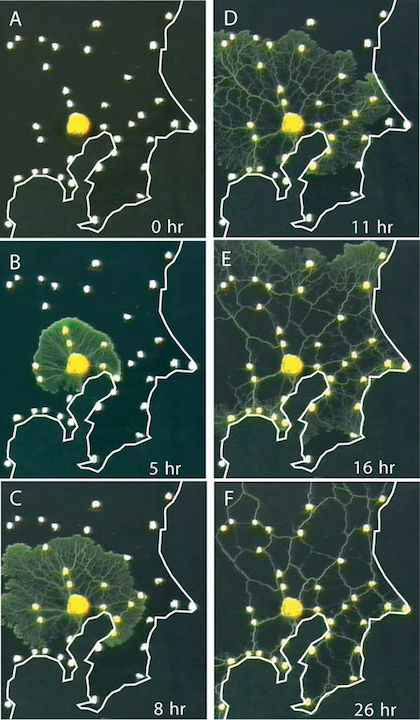 In 2008, the jury first awarded the scientist of the University of Hokkaido for demonstrating that Physarum could emerge from a labyrinth. For an organism without brain or neurons, there was already enough to impress. Two years later, the Japanese biologist made even stronger: he highlighted the incredible ability of the blob to realize effective networks. For this, he reproduced, on a plaque covered with agar gel, the map of the Tokyo area. More precisely, he deposited oatmeal on the thirty-six main localities and installed the unicellular instead of the central station. And he waited….