A conjunction of thoughts might lead to the attempt at browning the fat of fat persons, if the results of this study hold sway: 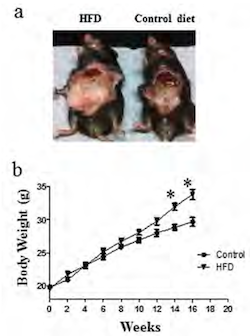 “Browning is the process of increasing the number of brite cells, which helps to increase energy expenditure and reduce obesity. Consumption of natural and non-toxic herbal extracts that possess the browning effect is an attractive anti-obesity strategy. In this study, we examined the browning effect of cinnamon extract [CE]…. [Our] data suggest that CE has a browning effect in subcutaneous adipocytes. Our study [which involved fat mice] suggests a natural non-toxic herbal remedy to reduce obesity [in fat humans].”

BONUS: “What are subcutaneous adipocytes really good for?”

BONUS: A purveyor of subcutaneous adipocytes.