“The aim of this study was to describe the factors and perceptions related to aggressive behavior of verbally insulting and shouting out while driving. In this study, it was described an extensive list of behaviors that experts consider more or less unanimously as ‘aggressive driving’, one of them described as shouting and insult.” 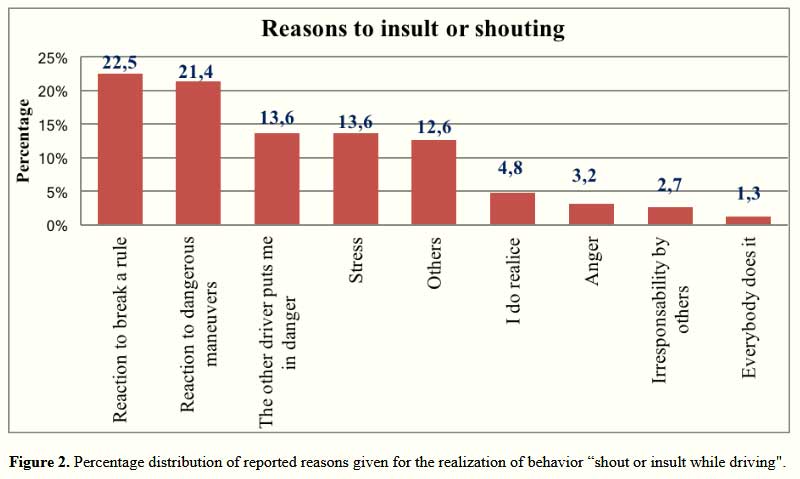 “If we find that a person shouting and insult, one may be inclined to imitate such behavior in order to reach their destination before. In this sense, we might consider aggressive driving as a form of self-behavior of our culture, ingrained since childhood, learned first observed as passenger behavior of older people, and later put into practice, it is reinforced by the media communication. It has not to be forgotten the fact that in our society there is a widespread tendency to represent the vehicle as a private territory on the road, a kind of home on wheels moving with oneself and whose integrity must be maintained at all costs. In this sense it seems justifiable to point out that the aggressive impulse may represent innate feelings of territorial rights, serving as a basis for many dangerous and inconsiderate behavior on the roads.”

See [open access]: ‘Shouting and Cursing while Driving: Frequency, Reasons, Perceived Risk and Punishment’ in the Journal of Sociology and Anthropology, 2017, Vol. 1, No. 1, pp. 1-7