If you are a malaria mosquito, and worry about insecticides that might cause you to lose one, two, three, four, or five of your six legs would also cause you to miss a meal of human blood… well, maybe you can ease up, a bit, on that particular worry. That’s what this new study suggests, when viewed from the perspective of an Anopheles gambiae mosquito: 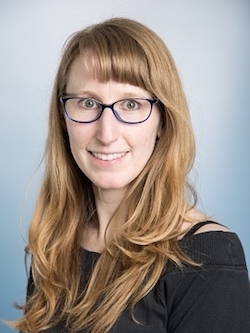 “Recent successes in malaria control have been largely attributable to the deployment of insecticide-based vector control tools such as bed nets and indoor residual spraying. Pyrethroid-treated bed nets are acutely neurotoxic to mosquitoes, inducing symptoms such as loss of coordination, paralysis, and violent spasms. One result of pyrethroid exposure often seen in laboratory tests is mosquito leg loss, a condition that has thus far been assumed to equate to mortality, as females are not expected to blood feed. However, whilst limb loss is unlikely to be adaptive, females with missing limbs may play a role in the propagation of both their species and pathogens. To test the hypothesis that leg loss inhibits mosquitoes from biting and reproducing, mosquitoes with one, two, or six legs were evaluated for their success in feeding upon a human. 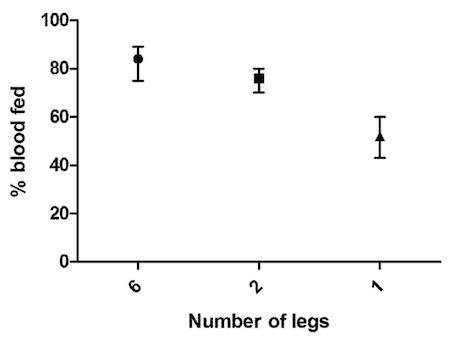 “These experiments demonstrated that insecticide-induced leg loss had no significant effect upon blood feeding or egg laying success. We conclude that studies of pyrethroid efficacy should not discount mosquitoes that survive insecticide exposure with fewer than six legs, as they may still be capable of biting humans, reproducing, and contributing to malaria transmission.”