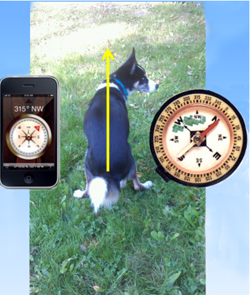 Magnetically aligned defecating dogs, non-yawning tortoises, and randomly selected leaders — these things and more will be part of the Ig Nobel show at EPFL.

The night will feature:

Several hundred other Ig Nobel Prize winners will also be present in the room — the 2008 Ig Nobel Peace Prize was awarded to all the citizens of Switzerland, for adopting the legal principle that plants have dignity.

This event is part of the Ig Nobel Spring Eurotour, which visited England last week, and will arrive eventually in Norway, Sweden, Austria, Italy, The Netherlands, and Scotland.