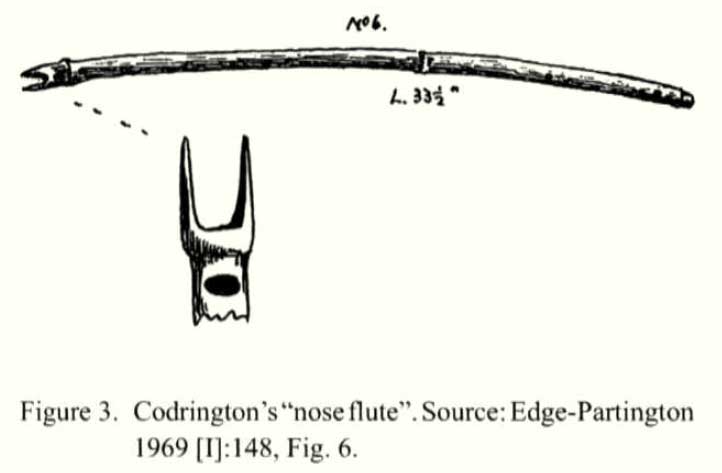 Reports about the existence of nose flutes in Melanesia may have been greatly exaggerated. According to Univ.-Doz. Dr. Raymond Ammann of the Institutes für Musikwissenschaft, Leopold-Franzens-Universität Innsbruck (Department of Music, University of Innsbruck) who writes :

The doctor points out that some artefacts described as ‘nose flutes’ can sometimes, in reality, be tobacco pipes. Or, in the case they are in fact flutes – they may have been mouth-blown rather than nose-blown.

“It should be observed that a musician might well sound a few notes with the nose when blowing his mouth-blown flute in order to show a European visitor his virtuosity when asked if he could play with the nose.”

And lastly, in the case that they truly are bona-fide nose flutes, they may not have come from Melanesia.